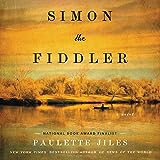 Following a barroom brawl in Victoria, Texas, twenty-three-year-old Simon Boudlin finds himself conscripted, however belatedly, into the Confederate Army. Weeks later, on the eve of the Confederate surrender, Simon can't help but notice the lovely Doris Mary Aherne, an indentured girl from Ireland, who is governess to a Union colonel's daughter.

There are no comments on this title.